20 years in the making in order to give farmers a platform who were discriminated by the USDA to receive relief if they prevail in the lawsuit . Our intent is to provide all the detailed information as we can  to assist farmers with the claims Process.
There is a large amount of misinformation being passed throughout the south about the lawsuit. If you filed a petition between October 13, 1999 up until July 18, 2008 when the farm bill Passed Congress.
The workshop will offer claimants information about who qualifies in the lawsuit and about the claims process itself. Further, no one should have to pay money to be part of the Pigford lawsuit. The lawsuit's claims process is progressing quickly. We are now in the midst of the 180 day period for claimants to file their claims. The end date is May 11, 2012. If you have questions about whether you are in the lawsuit please call EPIQ at 877 810 8110 and they will assist you with that information.(EPIQ is the administrator in the lawsuit.) To submit your claim, you also need to call EPIQ at 877 810 8110 to make an appointment with attorneys in your state. If you are a claimant, or have friends who are claimants, please call EPIQ now for an appointment if you have not already done so!!!! To see the list of meetings in the various states, please go to the "In Re Black  Farmers Discrimination Litigation Settlement" website at www.blackfarmercase.com
Posted by Operation Spring Plant Inc. at 2:16 PM 3 comments:

January  13th & 14th, 2012
Embassy Suites
201  Harrison Oaks Blvd
Cary, North Carolina. 27513
Be sure to book your lodging soon. There are a limited number of rooms available.
The conference is FREE. you only need to check-in with a credit card  for incidentals Upon your arrival and check- in a credit card will  be needed for incidentals. All rooms are double occupancy.
What is the OSPC?
The OSPC is the opportunity to be in one place and receive information sponsored by Organized by Operation Spring Plant Inc. and held annually in North Carolina. The OSPC is an extraordinary farmer-centered event.
With over 20 informative workshops, 10 exhibitors, locally-sourced  food, live entertainment and inspirational keynote speakers, the OSPC will be celebrated as the foremost educational and networking event in the farming community. From its humble beginning with 50 attendees in 2001, our most recent conference
in 2011 attracted almost 350 farmers, advocates, educators, students, and more!
If you miss it stay tune for all the pictures and  information to come later.
Posted by Operation Spring Plant Inc. at 3:42 PM No comments:

Be sure to book your lodging soon. There are a limited number of rooms available.
The conference is FREE you only need to check-in with a credit card  for incidentals upon your arrival.
All rooms are double occupancy.
· The conference flyer is scheduled to be mailed towards the end of December.
· Online registration will begin November 17th at http://osp10thannualconference.eventbrite.com/?ref=eweb
What is the OSPC?
The OSPC is the opportunity to be in one place and receive information Organized by Operation Spring Plant Inc. and held annually in North Carolina, the OSPC is an extraordinary, farmer-centered event.
With over 20 informative workshops, 10 exhibitors, locally-sourced  food, live entertainment and inspirational keynote speakers, the OSPC will be celebrated as the foremost educational and networking event in the farming community. From its humble beginning with 50 attendees in 2001, our most recent conference
in 2011 attracted almost 350 farmers, advocates, educators, students, and more!
Posted by Operation Spring Plant Inc. at 12:49 PM No comments:

“Do We Have the Resources Needed to Continue Getting High Yields from Crops?”

If you are happy about the recent decline in the bee population, think again. The chances of getting stung by a bee this summer may have decreased. However, honeybees are dying at alarming levels. So you may be asking, “Why should America care, we have enough insects?”
According to the “Crop-helping honeybees dying mystery deaths” posted by Patrick Cooper, "While a few crops, such as corn and wheat, are pollinated by the wind, most need bees. Without these insects, crop yields would fall dramatically. Agronomists estimate Americans owe one in three bites of food to bees." Honeybees are responsible for pollinating more than $15 billion worth of U.S. crops, including Pennsylvania's apple harvest, the fourth-largest in the nation, worth $45 million, and New Jersey's cranberries and blueberries. Several states are investigating the "Colony Collapse Disorder".
Still wondering why you have not heard or read a lot about the disappearance of the honeybee, your answer is here. "More than half the honey sold in the United States is imported, especially from Argentina and China." I am sure you have heard a lot recently about America’s dependence on other countries for oil but how about insects to help produce the natural resource “food”.
Honey bees are native to Europe and Asia. These social insects were first brought to the Americas in the 1600s.  Their colony has one queen, 20,000 to 80,000 female workers, and up to 5,000 male drones.  The primary responsibility of the queen is reproduction. Her eggs will develop into workers, drones, or new queens depending on the time of year and the colony’s strength.  Workers have various responsibilities at different stages in their life cycle which include brood rearing, comb building, queen care, foraging, nest construction, nest maintenance, honey production, honey storage, colony defense, and hive thermoregulation.  Drones are only needed for reproduction and die immediately after successfully copulating. Female worker bees chew of the wings of those that fail to mate and thrown them out of the nest in the fall.  Their population is lowest during winter and peaks during late spring or early summer.
Bees are a natural resource needed to continue producing high yield crops. Their pollination of agricultural crops is valued between $8 and 10 billion per year and is 30 to 40 times greater than the value of honey and beeswax alone.  “Approximately 30% to 35% of food in the United States is directly or indirectly dependent on insect pollination.”  Cucumbers, strawberries, squash, beans, pumpkins, watermelons, muskmelons, blueberries, peas, and peppers all require bee pollination to produce larger, more attractive fruit and vegetables.  Good pollination also results in a higher crop yield where development is more synchronized. Conversely, bad pollination leads to smaller yields of inferior fruit over an extended period.  “Annually, about 2 million colonies are contracted out for pollination in the United States”.
What can you do to help insure high crop yields? How about placing a bee apiary on your property? I recently attend the National Youth in Today’s Agriculture (N-YITA) Youth Assembly and Agricultural Mission, Inc., “Food Sovereignty” Study Session in Shawnee, OK. Youth are concerned about today’s agriculture. Our voices echoed  “Every American should become more proactive in protecting our natural resources especially our crops.” We all need to eat. So, please join me, N-YITA, the Rural Coalition and other protectors of our natural resources to prevent the “Silence of the Bees”!

Tequorra is a student in OK and is interested in assisting with outreach and volunteering to assist the Rural Coalition with its goals in Oklahoma and among Native Americans. She has served as a National Representative on the Talented American Indian Leaders' Student (TAILS) UNITY Council - 2008-Present and an Area Representative on the NC Native American Youth Organization - 2004 - 2009. Both youth councils are affiliated with UNITY Inc.  She has presented at the UNITY National conference in the past and would like to present a workshop in the future to bring attention and inform Native Americans about the Rural Coalition and its mission/goals
Posted by Operation Spring Plant Inc. at 2:51 PM No comments: 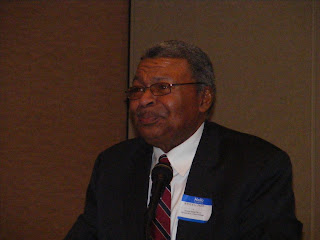 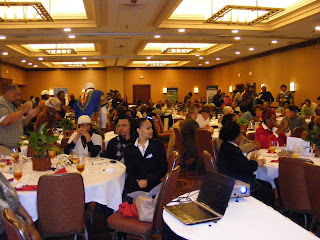 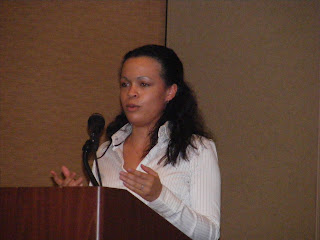 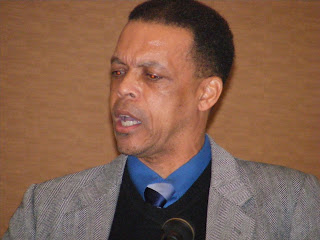 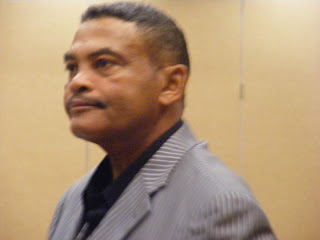 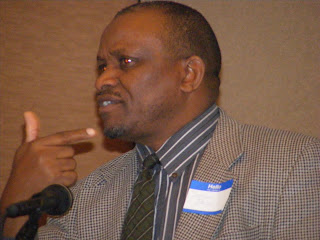 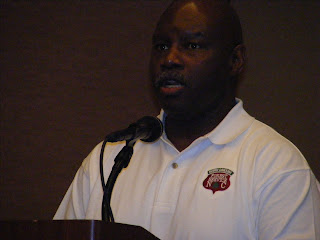 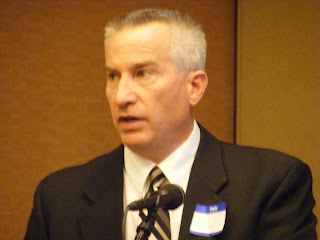 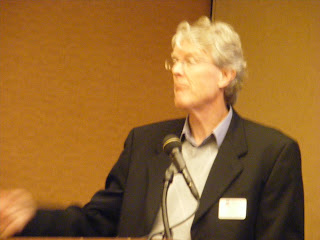 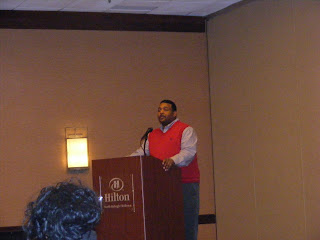 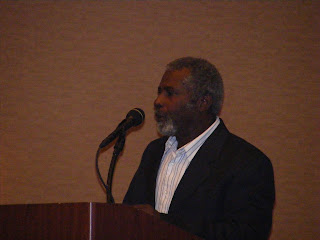 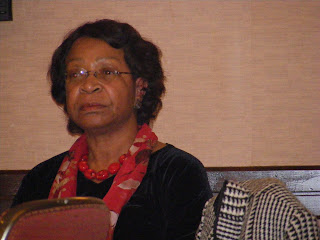 Posted by Operation Spring Plant Inc. at 8:15 PM No comments:

Prize of the Harvest looks to establish the North Carolina Label

Prize Of The Harvest, is the marketing subsidiary of Operation Spring Plant, Inc. (OSP).    Established in 1987 by Phillip and Dorathy Barker, OSP is a grassroots, non-profit organization, dedicated to promoting self-help community economic development programs and initiatives for minority and limited resource farmers/producers.  OSP provides technical, marketing and financial assistance to minority, limited resource and small family farmers who:
· Are diversifying away from tobacco production by growing fresh fruits and vegetables.
· Are willing to work cooperatively with other small and limited resource farmers to collectively market their products; and
· Are committed to sustain their farming livelihood and operation 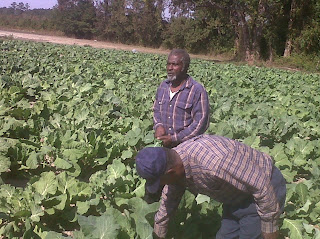 .
POTH has secured the commitment of nearly 20 producers in 4 small farmer cooperatives
eastern and central North Carolina.  This year, over 500 acres of vegetable production could be marketed under the Prize of the Harvest label
· Prize of the Harvest is a shipper of fresh produce that prides itself in consistently supplying buyers with fresh, high quality and good tasting produce.
· Prize of the Harvest produce is grown by hand, using modern production techniques like black plastic. Our produce is grown with tender loving care by a group of dedicated small, minority and limited resource farmers.
· Prize of the Harvest was organized to provide market access and major distribution capabilities for small farmer cooperatives both locally in North Carolina and regionally across the south.
Growing and Shipping
Prize Of The Harvest (POTH)
operates on and educates all their farmers on the main stays in marketing a quality product with programs like;
Posted by Operation Spring Plant Inc. at 10:49 AM 1 comment:

American Indian Mothers, Inc. (AIMI) held their 9th Annual "Walking In Many Worlds" Spirit of One 2010 Conference October 14-16, 2010 at the UNC Pembroke Annex Center. The conference yielded many dif-ferent agriculturally based speakers, including representatives from the Farm Service Agency and NC A&T Cooperative Extension, covering a range of topics from soil erosion and renewable energy to nutritional information. A number of USDA officials were on hand discussing the importance and benefits of farming, natural re-source conservation and agri-business. There were also mentors present speaking on the jobs avail-able within the USDA branch of the Federal government. Operation Spring Plant was proud to be a partner of this well attended and informative conference.
Posted by Operation Spring Plant Inc. at 11:21 PM 1 comment: